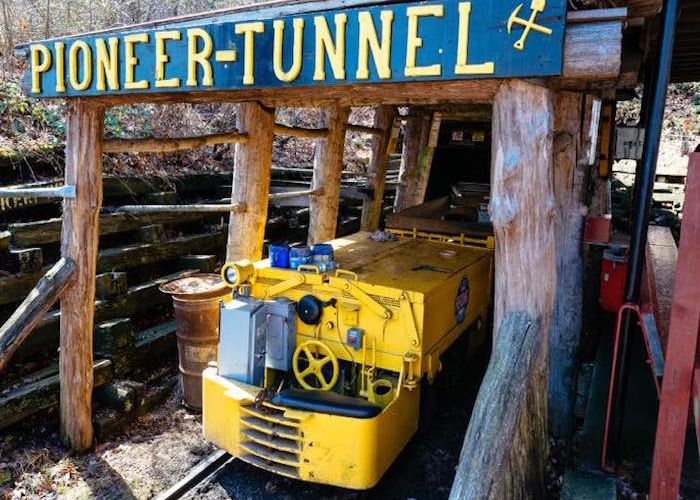 Picture this:  It's 1828.  You are in a bustling coal town filled with fortune hunters and adventurers.  Prospectors are heading up the mountains with pits and trail shafts.  When these filled with water, they would dig others - but then realized they could dig further by tunnelling straight into the mountain.  It was called Horizontal Mining.  The grunts of the gritty-faced miners echoed around you.  Water dripped from the heavy timbering above you and oil torches flickered around you.  You were a miner.

Here, at Pioneer Tunnel Coal Mine and Steam Train, you become a miner once again, as you take the 35 minute tour into the side of Mahanoy Mountain.  (You are a bit more comfortable than the miners would have been though!)

When you are deep inside the mine, you will get out your cart and follow your guide who will explain exactly what it was like to be a miner back in those days.  Picture it all happening around you.  Do you think that is something you would have liked to have done?  Imagine how difficult life must have been back then.

You will be travelling back in time on an old-time narrow gauge steam locomotive - the Henry Clay.  Pretty cool!  This 1920's train take you on a really pretty trip around the side of the mountain to show you another type of mining - strip mining.  Here you hear tales of bootlegging coal, and men having to defy the law and brave cave in's just to keep their homes warm!  And to think we just turn the heater on now!

Once you have finished the tour, you can have a play in the large open playground, and chat about how you think you would have managed as a coal miner all those years ago!

Make sure you bring a jacket or sweater as the temperature in the mines is about 52F! Brrrrr!

All that mining will make anyone hungry! Jellybucket Cafe has a great range of snacks and food, such as burgers, hot dogs, and chicken! Don't miss out on the ice cream either. They also have a wide range of beverages too! Thirsty work!

Great things to do with kids near me in Ashland

Pioneer Tunnel is located in Central Pennsylvania in Ashland - Routes 61 and 54 meet and head into Ashland into 2001 Walnut St. Follow the "Coal Mine" sign to Pioneer Tunnel.

They have tens of thousands of students each year visiting, and is a great way to learn about history!

There are lovely items you can get in their gift shop, including coal-related novelties, and fascinating mining memorabilia. The shop is open weekends only in April.

The mine tour is accessible! 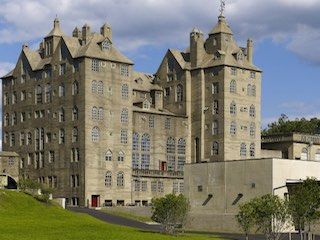