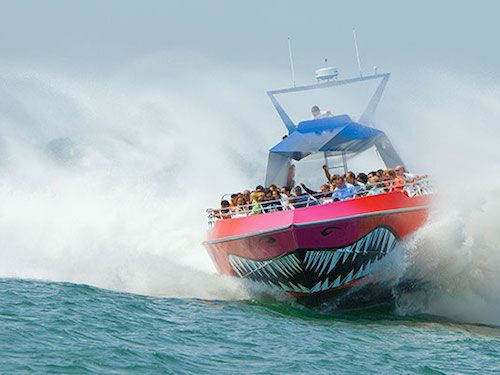 It's not the Boston Tea Party any more, it's the Boston Weeeee Party when you take a trip on Cozilla!

Boston Harbor Cruises offer more than just a boat ride with this unique Boston experience. True to it's name, Codzilla is monstrously fun with more thrills, more laughs and more speed than you ever imagined as you zip across the ocean at up to 40 miles per hour.

Don't worry, though, because a ride on Codzilla is as entertaining as it is thrilling. The wind roars. The music blares. The waves will splash during a wet and wild 40-minute ride of full blast, sensational fun.

In fact, you are entertained by an original soundtrack AND show scripted by Hollywood screenwriters! Want to sit back and relax? Not on this ride!

The boat itself is in fact 70ft of marine aluminium and a bad attitude, with two turbo-charged diesel engines, and state of the art water jets. It's design is super unique, making it capable of 360 degree turns and spinning on a dime.

So enjoy a thrill of a lifetime out on the Boston Harbor waters, because Codzilla is ready and waiting to take you out on an adventure!

Be mindful that Codzilla is designed to be a wet ride and, depending on where your seat is on the boat, you and your belongings could get very wet. Make sure you secure all lose items!

Probably best to get something in the area after the experience and not before! There are plenty of places to grab something, you're in Boston!

Great things to do with kids near me in Boston

They offer a discount and personalized service for groups of 25 or more, so just them a call to arrange!

You can purchase gift cards for the experience

Due to the fast, intense maneuvers, and extreme forces of the CODZILLA Thrill Ride, you should only board if you are in good health and free from high blood pressure, heart, back or neck problems, motion sickness, or other conditions that could be aggravated by this ride.

Specific departure times vary pending the money, so check online when you book your slot

Season runs May to October

Other great things to do with kids near to
Codzilla 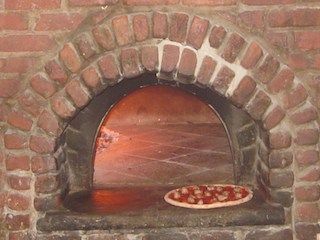 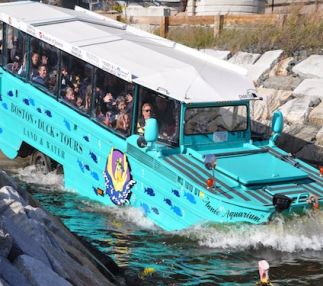 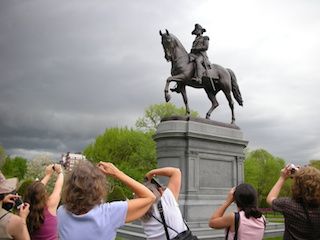