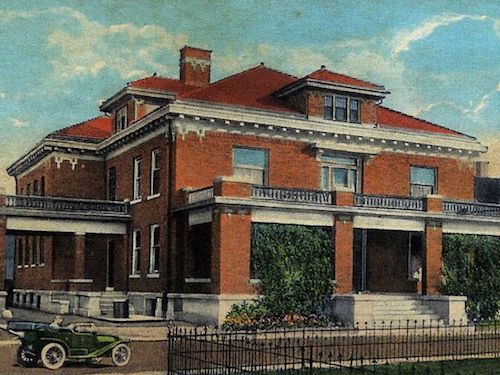 The Williamson County Historical Museum has SO much history attached to it, that it makes for a fascinating journey through the history books for any visit.

The building itself is incredibly historic, dating back to 1913 when it was actually a jail! There were four cell blocks for men, and smaller cells for women, and it even served as a home for the Sheriff and his family (and the Sheriff's wife even cooked for the inmates!)

The jail was active during an incredibly infamous time in US history, through the dates of Prohibition, the Great Depression, as well as at a time when the Ku Klux Klan was rife.

Today, the building is not only on the National Historic Registry, but serves as a museum and is filled with historic artifacts and fascinating antiques - some that date back to the formation of Williamson County itself in 1839!

Many of the rooms have been furnished with period furniture to recreate those by-gone eras, with many part of the jail still as they were 100 years ago.

Kids always find it fascinating to see the reproduction of the one-room school house, complete with early 1900s desks, books and blackboards (pretty different to what you're used to today!)

There are also some great historical items including Civil War uniforms, and even 1898 Spanish American war uniforms

With early Native American artifacts, an actual hotel guest register from the 1800s, and even a period doctors office, the Williamson County Historical Museum really brings history to life, where you don't have to just read about it - you can SEE it!

Free as far as we can tell

Free as far as we can tell

The building is open to individual tours and research during posted hours of operation and can also be made available by appointment. The last tour of the day begins one hour before the museum closes

Grab something to eat in the area!

Great things to do with kids near me in Marion

You can schedule a tour, so give them a call regarding a field trip and take that history class back in time!

Open Monday to Saturday from March 1 to Thanksgiving, then Saturdays only rest of year. Closed Sundays