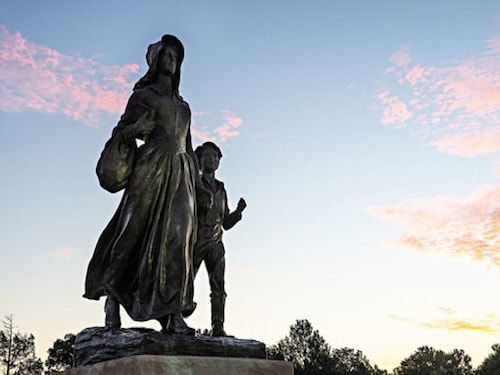 It's time to be inspired in Oklahoma because we're off to the Pioneer Woman Museum in Ponca City, which is dedicated to preserving the legacy of some amazing women from all races, creeds and nationalities,  who have made significant contributions to Oklahoma's - an uplifting and inspirational family day out!

Before you enter the museum itself, make sure you stop and check out the famous Pioneer Woman bronze statue - a heroic statue of a young, sun-bonneted pioneer mother, with her young son - with courage, determination and humility in her face.

What a brave, courageous and strong woman she would have been!

Then, you have the museum itself, where the pioneer spirit embodied by the phrase "I See No Boundaries" is prominent throughout the exhibits, all of which showcase the state's women who were pioneers in their own right.

It might have been on a state level, or national level, and across various fields, but the exhibits tell their stories, and in learning them you really gain an amazing insight into these strong and brave women.

Also within the Pioneer Woman Museum is an education center that features craft demonstrations, and is open for anyone who wants to actually learn some techniques themselves, from knitting, to spinning and quilting, as well as special exhibits and an interactive timeline.

The Pioneer Woman Museum also hosts a number of events and educational classes through the education center, and it's here you can also learn about the daily life of the state's Oklahoma's Cherokee Stripe homesteaders through photos, newspaper articles, memorabilia and artifacts.

Don't miss a peak at the Pioneer Woman Hall of Fame which continues the stories of the women from all races and nationalities, who contributed to Oklahoma's history in an important way.

A fantastic insight into history, Oklahoma, and the strong women who paved the way for the future!

Great things to do with kids near me in Ponca City

They offer special guided tours for large groups so give them a call to talk to them about students visiting!

There of course is a gift shop! Filled with books, gifts, souvenirs, and plenty of items relating to the exhibits and the museum!

10am - 5pm Tuesday to Saturday 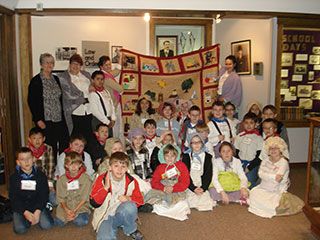 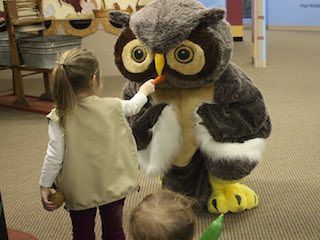 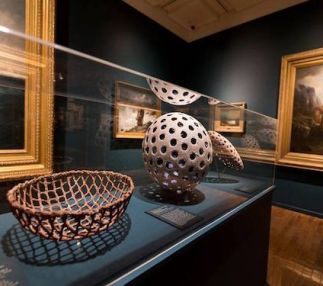 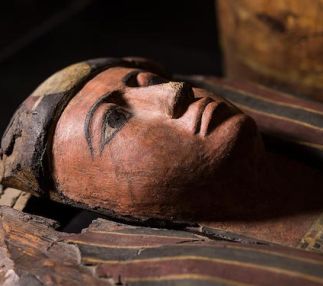