There are only a few people who have a true impact on the future and past of the United States, and when he was assassinated on November 22, 1963, it shocked the world.

Parents, you will remember the moment, and now at the Sixth Floor Museum the next generation can begin to understand all about the great man, and why he was so important.

All of the exhibits at the Sixth Floor Museum interpret the life, death and legacy of this president. The museum want to encourage conversation, and give those who visit a more in depth understanding.

Each of the exhibits cover a certain theme. The reason the museum is called The Sixth Floor Museum, is because the location is actually the place where they believe the sniper was positioned on that fateful day. The exhibit John F Kennedy and the Memory of a Nation is in the room where significant evidence of a sniper was found. The exhibition recreates the context of the time, and looks into the impact that JFK had on American culture.

The exhibits continue to change, so there is always something new to see when you visit next. Exhibits in the past have covered the journalists positions, the history of Dallas, and the city through photographs.

The collections at the museum have over 45,000 related items related to the assassination, so it really is a huge learning experience.

A moving, fascinating and important museum to visit in Dallas.

The tickets are timed by entry in 30 minute blocks, so consider booking online as they are often sold out

There is a Museum Cafe across the street where you can get drinks, pastries and sandwiches - and treats!

Great things to do with kids near me in Dallas

The Museum is housed on the sixth and seventh floors of the former Texas School Book Depository, known today as the Dallas County Administration Building. The address is 411 Elm at Houston streets, in the West End Historic District of downtown Dallas. Visitor parking is conveniently located adjacent to the Museum; the cost is $5 daily. Parking for large vehicles such as RVs and buses may be found on Houston Street, two blocks north of the Museum. Public transportation includes DART light rail and the Trinity Railway Express. Rail services from Union Station and the West End Station (light rail only) are a short walk from the Museum.

Groups of 20 or more are eligible for a group discount. One teacher per 10 students is admitted free, and it's also a great lesson for the children!

There is a Museum Store across the street from the museum with a great range of items, especially inspired by pop culture of the 1960s. There is also a bookstore in the museum with souvenirs

The Museum is accessible to wheelchair users and others with special needs. An accessible entrance can be found at the NW corner of the Museum. Wheelchairs are located in the Visitors Center and are offered on a first-come, first-serve basis.

All year round, daily except Thanksgiving and Christmas 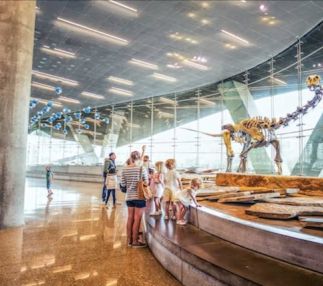 Perot Museum of Nature and Science 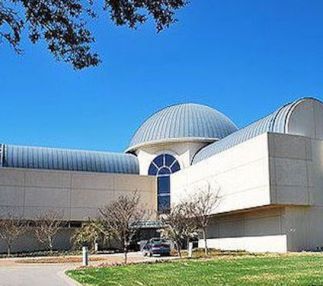 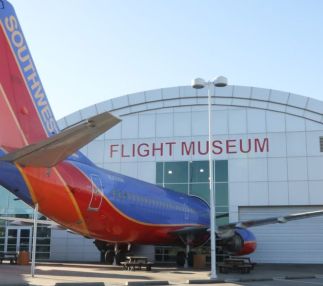 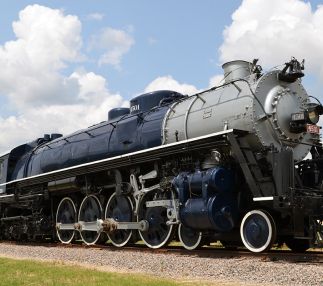 Museum of the American Railroad 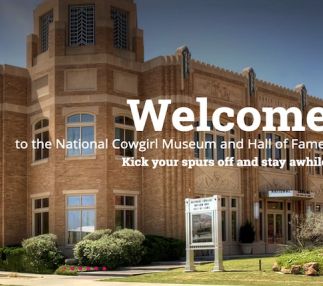 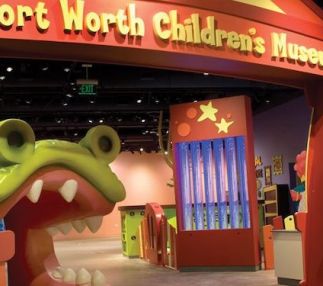 Fort Worth Museum of Science and History