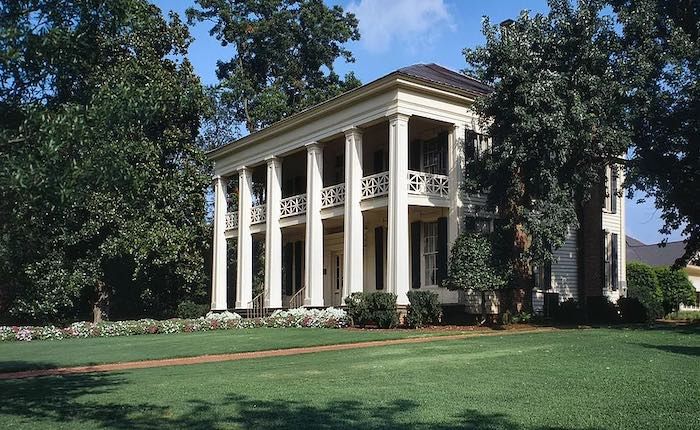 The Arlington Historic Home and Garden, previously known as the Arlington Antebellum House, will take the family back in time to the 1840s, as you explore this fascinating yet poignant example of mid-19th century life in Birmingham, Alabama.

In fact, Arlington Historic Home and Garden is the OLDEST early 19th Century house surviving in the vicinity of Birmingham. How amazing is that?

Listed on the National Register of Historic Place, Arlington Historic Home and Garden is two-storeys of Greek Revival architecture, and is an important educational experience for the family.

Inside, the property serves as a decorative arts museum, with the rooms filled with 19th century textiles, silver, furniture and paintings. It really is history come to life and a great first hand experience to realise how different life would have been like all those years ago. Kids - what differences can you spot? What would you have changed about life in the 1840s? What would you like to have kept?

So, where did this historic home begin? Well, In 1822 (which is actually only several years after Alabama joined the Union!), a man named Stephen Hall purchased 475 acres, and went on to build a two-story house. Then, a young lawyer named William Swearingen Mudd acquired the property at public auction in 1842 and named it The Grove. He then built the property up into a colonnaded mansion of four rooms.

Over the next few years, the property changed hands a couple of times, before falling into disrepair in 1902. It was then purchased again and upgraded with "modern" amenities like heat and water, before in 1952, helped purchase this historic home along with the City of Birmingham, to ensure it was able to remain appreciated as a museum for years to come.

That's where you come in. History, whether good or bad, shaped the world as we know it. We can't change history, but we can learn about it, and learn from it, which is why Arlington Historic Home is a must-visit for any family trip to Birmingham.

Feel free to take out your selfie sticks and cell phones, but so flash as it could damage the collections

They sometimes do "Arlington Curbside" where you can order delicious foods such as chowder, or enjoy it in their dining room. In order to preserve the historical integrity of the collection, displayed within the house museum, food, chewing gum, or beverages, are not permitted.

Great things to do with kids near me in Birmingham

They offer groups discounts for 10 or more in the party!