Pop quiz - who was the 23rd president? Why it's Benjamin Harrison of course! Every one of the presidents have a fascinating life, and it's at President Benjamin Harrison's Home that you can learn all about the impact that he had on the country.

Benjamin Harrison and his wife built the home in 1874 themselves, so it was very personal to them. He lived in this house until he died in 1901 (with the exception of his presidential years). In 1974, the home was opened for regular tours, which is great news for you and your family!

The museum offer daily guided tours, each lasting just over an hour. During this time you will hear all about the fascinating stories from his life before his presidency, and after his presidency, as well as learn all about his time in office, and how he contributed and changed the country. What influences did he have on what we know today?

Each year the Benjamin Harrison Home is host to changing exhibits, so there is always something to come back to see! The 2015 exhibit is "Lincoln: The Constitution and the Civil War", so you can see the kind of information you will be taking in - an amazingly eye opening experience for the kids.

Seasonal exhibits might also cover the Civil War battles, the War of 1812, Flag Day and Columbus Day. These exhibits are smaller, but just as interesting. You can also learn all about the genealogy of the Harrison family, as well as his early years and his role in the wars. There are art collections, photography collections, and even fun facts about the house itself!

So if you want to introduce your family to a part of history, then check out the Benjamin Harrison Home, and spend your family day out learning some pretty fascinating facts about the men who made this country what it is today!

The museum is located at 1230 North Delaware Street. Parking is free. From the I-65, take exit 113, and head down Pennsylvania, and either turn left again onto 11th St, or cross Meridian to Delaware. The house is on the left.

The museum are dedicated to preserving the life of Benjamin Harrison, and to educate all who visit the museum.

They hold fun events across the year, so check them out and make sure you put them in your diary so you don't miss out!

You bet there's a gift shop! With all sorts of items - from books, bookmarks, ties, china, games and toys, there will be something there to remind you of your experience.

A great way to learn outside the classroom! Students are $3 and trained docent guides will give students a great tour of the home and introduce them to all sorts of facts about Benjamin Harrison!

There are also home school days - the 3rd Thursday of the month!

If you have mobility difficulties, just call the museum before you arrive and see the accessibility of the tour.

If you really loved the museum and know you will return, check out the membership because you get free museum admission and 10% off the gift shop! 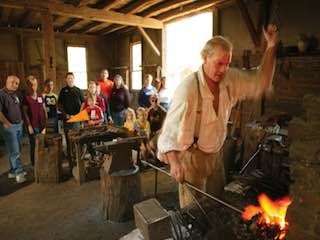 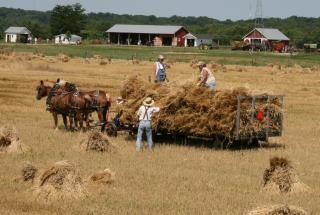 Fun things to do with kids near me in Indianapolis