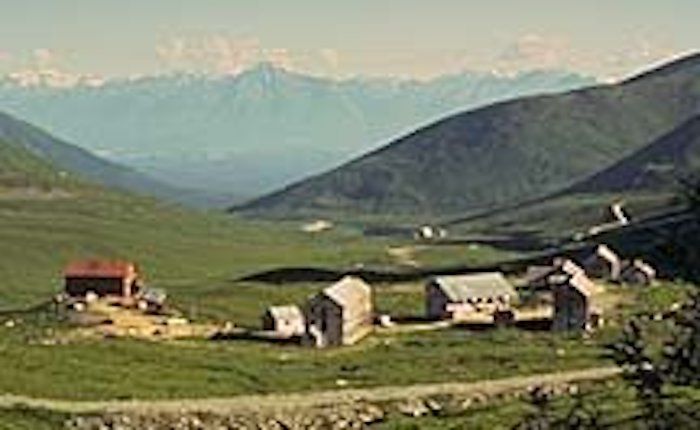 Can you see gold in them there hills? Well, you actually just might AND if you find some you can actually take it home!

Independence Mine State Historical Park is a stunning part of the world to visit, where not only can you enjoy some beautiful views but you can also learn what it was like to live and work in one of Alaska's largest gold mining camps!

This historical day out for the family can begin with a tour of the Independence Mine State Historical Park at the Mine Mangers's House. Here you can visit the Visitor Center and museum where you'll find displays all about mining and natural history.

During your visit you can take a self-guided interpretive tour through the mine camp and learn all about this exciting time in Alaska's history!

Gold is a magic word that time cannot tarnish. Kids, did you know that this soft metal has a strength to forge history?

Gold was the magnet that drew thousands of adventurers to the last frontier to try and find their fortune. In fact, most Alaskans recognize that gold played an important part in the state's history, although they normally think first of Nome, Fairbanks, or the Iditarod country.

However even before a 250,000 gold seekers began their stampede into those famous areas, did you know that gold was actually discovered just southeast of Anchorage in 1886?

From there prospectors spread into the Susitna and Matanuska river basins, testing the creeks in the nearby mountains.

After a rich (literally) history, in January of 1951 after mining nearly 6 million dollars' worth of gold, Independence Mine was closed and an important chapter of Alaska's gold mining history came to an end.

Then, in 1974 Independence Mine was entered into the National Register of Historic Places and in the late 1970's, over 270 acres of land were donated to the Alaska Division of Parks & Outdoor Recreation - this established the Independence Mine State Historical Park which you can now visit!

A fascinatingly historic and beautiful day out in Alaska, so what are you waiting for? Ready to seek your fortune?

Road conditions to Independence Mine State Historical Park are subject to weather. Check conditions before attempting the drive between September 15 and May 30. The use of snow machines and off-road vehicles is prohibited within the park.

Great things to do with kids near me in Wasilla

Independence Mine is typically open from mid-June to Labor Day