The Civil War is certainly something everyone learns in school. As you should - it's such an important part of American history! What better way to learn about certain battles within the war, than to visit the actual locations that they occurred!

The Fort Donelson National Battlefield is a place in Tennessee that had an amazing and history changing impact on the direction the Civil War was taking. In 1862, February in fact (the 16th if you want to know!) Fort Donelson surrendered, meaning the victory was to the Union.

This created a pathway to victory for the Union, and it is now a place that the whole family can visit on your family day out!

The visitor center is the best place for you to start your historic adventure. It is filled with exhibits that fascinating artifacts and information all about the war and what happened at the Fort Donelson National Battlefield.

Explore the exhibit all about the Underground Railroad in the USA, as well as an orientation film that tells you the story of the two generals in the battle!

Make your way round the battlefield with the self-guided tour. That means you can just take your time! There are 6 miles that you can enjoy, and there are park rangers there to answer any questions that you may have!

Nearby, there are three forts that the confederates actually built themselves, Fort Donelson being one of them. It's an earthen fort that became a refuge site for slaves seeking freedom, just like Fort Heiman and Fort Henry.

A fascinating look into the past!

There is limited staff, so guided tours aren't available on a daily basis.

Get the kids taking part in the Junior Ranger Program! There is also a Junior Civil War historian program too!

There are picnic areas so why not bring your own lunch and enjoy your favourite treats surrounded by history!

Great things to do with kids near me in Dover

Map Park Staff Map of North Middle Tennessee Getting Here Plane The area is served by airports in Nashville and Jackson, TN or Paducah, KY. Car rental services are available. Car The park is located in Dover, Tennessee, northwest of Nashville. From Nashville, take I-24W to Clarksville (Exit 4). Take a left on Wilma Rudolph Blvd. Stay on this highway until you reach 101st Airborne Division Pkwy. Take a right at this intersection. This highway will change into Hwy. 374. From Hwy 374, turn right on Hwy. 79 South. Follow signs to Dover (approximately 30 miles). The visitor center is one mile west of the town.

Kids can enjoy the battlefield instead of the classroom, but a Park Ranger can also visit the classroom! Give them a call for details!

There is a bookstore that you can pick up some great items that can continue your education into the Civil War history!

All of the visitor center facilities are handicapped accessible.

All year round. Closed Jan 1, Thanksgiving and Christmas Day 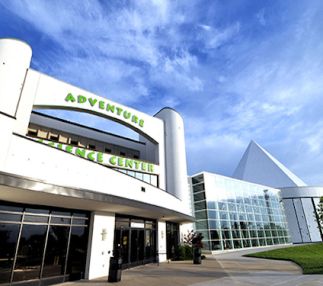 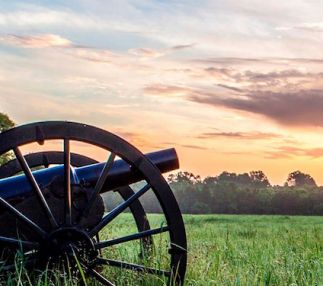