Did you know that when the Civil War ended, that didn't mean the end of the struggle for some men?

Step back in time with the Andersonville National Historic Site in Georgia, which is now a memorial to all of American prisoners of war across history, but was once Camp Sumter military prison - one of the largest military prisons for Union soldiers during the entire Civil War.

It's a fascinating experience for the family to really explore another side to the Civil War that you might not know about.

Andersonville National Historic Site actually began as a stockade which was built around 18 months before the end of the war, with the sole purpose of holding Union prisoners which were captured by the Confederate soldiers.

Can you imagine the conditions that these men would have found themselves in? The camp was 26.5 acres, and designed for 10,000 men. At one time there were nearly 32,000 men - over three times what could fit! Many of them were starving, and wounded, and in horrific conditions.

Those 13,000 unfortunate men who died within the walls are now buried in a cemetery just outside the prison walls which you can explore also. It's an invaluable learning experience for the kids.

When you arrive at the Andersonville National Historic Site, why not start your experience at the National Prisoner of War Museum, which is also where the visitor center is. There are two films which can give kids an insight into the Civil War as well as the experiences of the POWs. There are some great artifacts within the exhibit that will bring the stories to life for the kids.

You can explore the Andersonville National Cemetery and Camp Sumter with brochures and audio tours if you like.

History really has come to life!

From the north, via I-75: Follow I-75 south to Exit 135 (Perry). Head southwest on GA-224 from the interstate to Montezuma, approximately 20 miles. Just outside Montezuma, turn right on GA-26 and follow to the intersection of GA-49. Turn left on GA-49 and head south approximately 6 miles to Andersonville. The park entrance will be on the left.

From the south, via I-75: Follow I-75 north to Exit 101 (Cordele). Head west on US-280 from Cordele to Americus, approximately 30 miles. In Americus, turn right onto GA-49 and head north approximately 10 miles to Andersonville. The park entrance will be on the right, after passing the park exit and employee entrance.

From Albany area: Follow US-19 north toward Americus, approximately 36 miles. In Americus, turn right onto US-280 and continue east through downtown Americus to Tripp Street. Turn left on Tripp Street/GA-49 and head north approximately 10 miles to Andersonville. The park entrance will be on the right, after passing the park exit and employee entrance.

The NPS are dedicated to preserving this historic site, and telling the stories of prisoners of war.

Check out what events they have across the year, as well as what free guided tours might be on during the day of your visit. You won't want to miss out!

You can pick up great items in the visitor center to keep that education going at home!

It's a fascinating way for the kids to learn about history. Ranger led tours are available Tuesdays, Wednesdays and Thursdays during the school year. Other times consider self-guided tours, but they offer programs for age groups 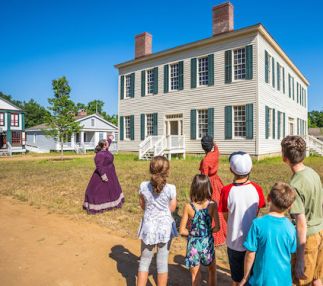 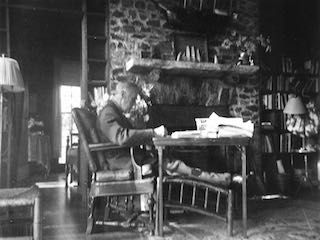 Fun things to do with kids near me in Andersonville