Things to do in North Carolina with kids

North Carolina has it all for kids and families to have a great family day out! Amazing wildlife, thrilling roller coasters, magical lighthouses, amazing battleships, ghosts, pirates...what more could you want! There are so many incredible things to do with kids. There are even really fun unique attractions for the whole family, including gem mines and caverns! There are animals attractions for kids to experience, and a great history for kids to learn about. Didn't we tell you North Carolina has a ton of kids fun!

This incredible state has SO much to do for kids…here’s why!  How about climbing aboard the historic Battleship USS North Carolina? Kids can experience true history (AND search for those ghosts at the same time!).  There is farm fun with places like Winterpast Farm and Hill Ridge Farms - or perhaps they want some of the BIGGER animals with North Carolina Zoo and the rehabilitative Aloha Safari Zoo.

The whole family can get their big thrills at Tweetsie Railroad or Ghost Town In The Sky (only for those brave outlaws) - oh yes, the pirates! North Carolina Maritime Museums can take kids back to the times of Blackbeard!

There are incredible gem fun with Gold City Gem Mine, and underground adventure at Linville Caverns, and even a swamp! Dismal Swamp State Park will introduce kids to this geological wonder.

We did tell you that this amazing state had great places to visit with kids…now the hard part. What to do first!

Planning a family trip to North Carolina but not sure what to do? North Carolina offers you everything to keep the little ones entertained. From Hiking trails, water activities, and idyllic beaches, located East of the Atlantic Ocean, families can enjoy lots of water activities or chill out on the beach. For families that enjoy history, you will find lots of historic sites from the Revolutionary and Civil wars.

The ever-changing seasons mean that you can experience warm weather in the spring up in the mountains and coastal regions.

There are plenty of vineyards for the adults to enjoy and theme parks for the children. North Carolina has a lot to offer for families that love nature. In the East, you will find sun-kissed beaches and the Atlantic Coats, In the West you will find concentrated forests amongst the Appalachian Mountains. The views of East and West are spectacular albeit very different.

Fun things to do in North Carolina with the kids

North Carolina is home to lots of beautiful towns and villages and so much to do! Visiting during the spring and summer months allows you to attend lots of festivals and outdoor musicals. There are so many things to do in North Carolina with kids. If you’re up for an adventure then try the mile-high swinging bridge at Grandfather Mountain which offers some of the best views in the state and so much more!

North Carolina is one of the best destinations to visit with the little ones. Here is your guide to fun things to do in North Carolina with kids.

Neighborhoods to visit in North Carolina

This beautiful district is home to a diverse population and a laid-back vibe. Full of independent shops and restaurants, Winston-Salem is a great neighborhood to stay in. Families with children tend to visit this neighborhood because of the location and proximity to local attractions.

Winston-Salem has a cozy suburban feel and plenty of arts and culture to take in. If you’re a family that loves a relaxing holiday and exploring galleries and museums, the Winston-Salem is the neighborhood for you.

Raleigh is a wonderful city filled with green parks and unique attractions. Raleigh offers a diverse choice of things to do. Home to Carolina Museum which houses 40 different galleries, a 164-acre park, and an outdoor amphitheater.

Raleigh also offers a natural history museum and Natural Sciences where you can learn all about science. Other great attractions located in North Carolina are the Joel Lane Museum, JC Raulston Arboretum, and Museum of History.

Chapel Hill is a hip town that is quickly becoming a top destination for American culinary foods. The town is full of great ambiance, artists, authors, and great music! Chapel Hill is bustling with coffee shops, bookshops, restaurants, museums, bars, and live music.

Located in the Sandhills, Southeast Region Fayetteville is a city full of history. Cobblestone walkways will guide you around the district. The city is full of energy and lots of things to do. If you enjoy history and architecture then Fayetteville is a great choice for places to stay.

When is the best time to visit North Carolina?

Northern Carolina is located in the Southern state and nestled between the Appalachian Mountains and the Atlantic Ocean does create some weather patterns that can prove unpredictable at times. In general, the temperatures are moderate all year round. The temperatures can peak at 71 degrees during the summer and reach an average of 49 degrees.

If you’re planning a visit to North Carolina then be sure to pack clothing for all weathers. Spring and Summer can be generally busy and therefore more likely to experience crowds when queuing for the attractions.

The longest days in North Carolina are in July. If you want to see the sights during the day when the sun is up for the longest time, it’s best to visit around July time. To avoid the wet months, it’s best to avoid traveling during August.

Where to stay in North Carolina with kids

North Carolina is the ultimate vacation if you’re a family that loves adventure! Home to 10 national parks, including the famous park the Great Smoky Mountains National Park. Also, 4 national forests, 38,000 acres of lakes, 301 miles of coastline, and over 57,000 miles of streams.

Listed below are our top three picks of family-friendly hotels to stay in North Carolina:

Ocracoke has changed from a rural fishing village it once was to now one of the best vacation spots in the US. Located in the southernmost part of the Outer Banks and the heart of Ocracoke Village. Ocracoke Harbour Inn Overlooks the beautiful Silver Lake Harbour.

With only 5 cottages, the Inn is not that big but still rather beautiful. Due to the size, you can experience more personalized service and a stress-free vacation.

The resort is on the small side and consists of 5 cottages, Morning Star, Teaches Treasure, Margaritaville, Treasure Chest, and the Dads Retreat. All of the cottages are wonderfully decorated and provide the very best amenities for a stress-free vacation.

Enjoy the scenery from your private deck or head out for a walk to the private dock and view the sea.

Located conveniently between Cary and Raleigh is the ideal place to have a family vacation if you wish to explore the highlights of the city.

The Sanderling is a beachside hotel with sun, sea, and sand. This hotel has all the activities you can think of that will keep the kids entertained. Three on-site swimming pools include a tranquillity pool with an oversized whirlpool. The spa facilities include a steam room and treatment rooms where the parents can receive 5 start treatments.

If you enjoy the outdoors, then there is plenty to do. Guests at the resort get discounts at the Currituck Golf Club.

Foods you must try in North Carolina

In North Carolina, there are so many unique foods, drinks, and places to enjoy the culinary delights on offer. Home to several delicious treats available in the country there is something really special about sugary doughnuts and cold soda drinks.

Listed below are 6 of North Carolinas great food stories:

Known as the nectar of the Tarheels the cherry soda wine was first created in a grocery store in Salisbury by L.D. Peelers during World War 1 when there was a sugar shortage. The recipe was passed down from generation to generation and can now be found in many supermarkets throughout the Southern States and California.

There are very few meals in North Carolina that are as tasty as the Fried Chicken. Coated in seasoned flour and dipped in fried peanut oil. Other traditional ingredients used in the crispy coating are cider vinegar, Worcestershire sauce, and oil Molasses. Fried chicken is popular with children of all ages.

Mt. Olive Pickle Company has grown to become one of the country’s best-selling brands of pickles and peppers. Located on Cucumber Blvd Mount Olive sells the most delicious olives, peppers, and pickles.

Pickles are so popular in North Carolina that they host their very own pickle party on New Year’s Eve. NYE an annual pickle drop is the tradition in the town of Mount Olive. This tradition involves a lighted 3.5-foot pickle which is lowered via a tower truck. This spectacular is enjoyed by many locals and families vacating during the festive period.

North Carolina is famous for its hot dogs and hamburgers. No hamburger or hot dog is complete without all the condiments. North Carolina serves the very best condiments and Carolina style combination which includes slaw, mustard, onions, and chili.

Krispy Kreme was founded by Vernon Rudolph in Winston-Salem in 1937. Originally sold for 25 cents and made with local ingredients, this famous doughnut is sold globally and become a popular dessert choice for many in the United States. Kiddies love Krispy Kreme and there are many locations in North Carolina where you can buy this delicious treat.

The hot sauce was not first originated in Texas as many thinks. Hot Sauce was first created in the 1940s in Winston-Salem by 3 brothers, Ralph, Thad, and Harold, and their father Samuel Garber. They created the recipe in their very own kitchen. Hot sauce is a popular condiment in households all over the world. The hot sauce line has expanded to include honey mustard sauce, chili sauce, seafood cocktail sauce, and buffalo wing sauce.

Hot sauce can be too much for younger children to try so best to check with an adult before using it on the little ones' food.

Fun places to go near me in North Carolina 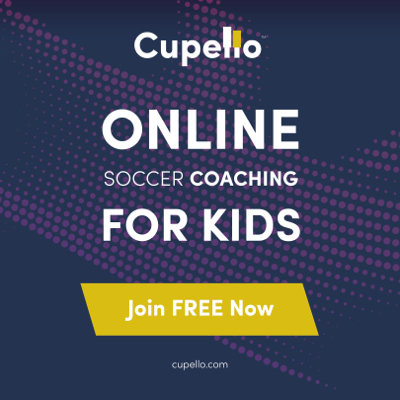 Things to do near me in North Carolina 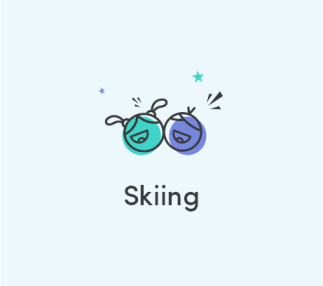 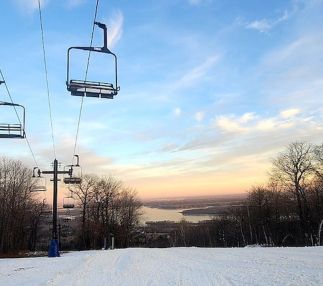 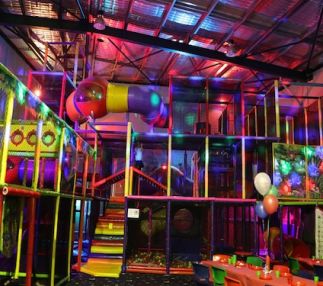 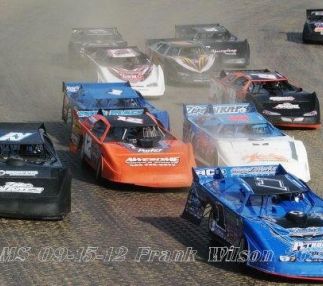 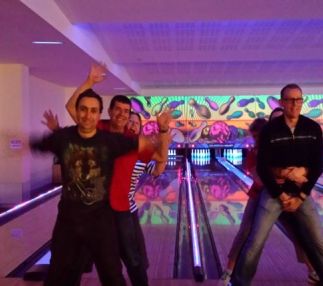 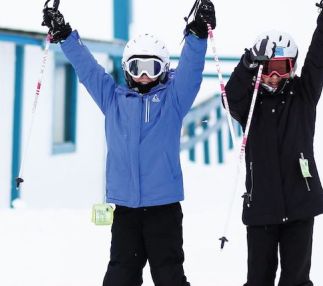