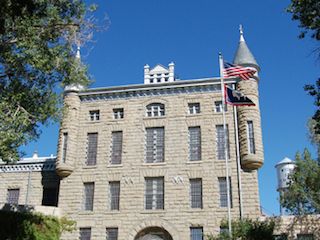 If you love westerns, and those colorful and elaborate plots that they often encompass,  then you might like to experience another part of what went on back in the Frontier days - the Wyoming Frontier Prison! Some say it's just as fun as the Western movies themselves!

The actual prison began being built in 1888, but did you know that because of the awful Wyoming weather, it didn't open for another 13 years? Then, in 1901 the prison opened, and the lucky prisoners who stayed in the 104 cells didn't have any running water or electricity (Pays to be good kids!)

During your time at the Wyoming Frontier Prison, you'll learn all about what it was like to have been one of the 13,500 people incarcerated - and only eleven of them women! You will learn all about the additions that were made to the prison, and what they did to relieve over crowding.

Kids - what do you think it would have been like to have been in such a place! (Not great we imagine!)

As part of the tour at Wyoming Frontier Prison, you also get to hear the grim details of what the disciplinary means were! What did they do to get thrown in the dungeon? Or perhaps they were thrown in solitary confinement...

Did you know that the first two executions were carried out using the "traveling" Julien Gallows? The first execution happened in 1903 - and after that they sometimes used the gas chamber. How horrible!

The Wyoming Frontier Prison - now on the National Registry of Historic Places, is a fascinating, eye opening and unique family day out idea in Wyoming (and it might inspire kids to be good and do their chores!

Keep in mind that through winter, the museum is open but the prison tours won't be. The tour schedule is also subject to change without notice.

Keep an eye out for their seasonal tours - like the Halloween tour and night tours!

Great things to do with kids near me in Rawlins

There is indeed a gift shop! Take that pocket money because there is a host of souvenirs for all ages, including books and inmate made products!

If you do have special needs or require extra assistance, just give them a call to see how they can help

Tours May to September. Museum all year round. Closed Fri - Sun during winter. 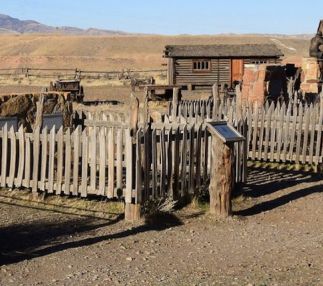 Museum of the Old West and Old Trail Town

This Is The Place Heritage Village