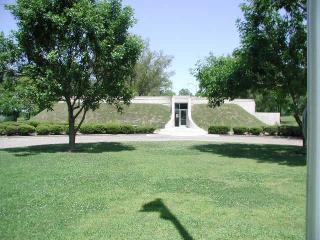 Winterville Mounds, named for a nearby community, is the site of a prehistoric ceremonial center built by a Native American civilization that thrived from about A.D. 1000 to 1450. The mounds, part of the Winterville society's religious system, were the site of sacred structures and ceremonies.

Great things to do with kids near me in Greenville

The Birthplace of Elvis Presley