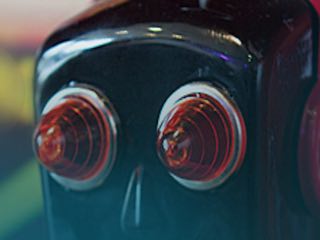 Have you ever just wanted to build your own robot, and then battle it against other robots in a really cool game arena?

It's a reality at Rolling Robots in Glendale, where kids can join workshops and learn the art of building these amazing technological creatures, before seeing how it does in a real robot battle!

You can even take the robots home with you - how great is that!

Kids are guided through the many processes of creating and customizing their very own creation, and then can take genuine pride in testing it to destruction!

Rolling Robots is a really unique concept in kids entertainment! By using these robots, and other fun technologies, they introduce young kids to science and engineering concepts years before they will see them in school.

Through one day workshops, birthday parties, after school workshops, and summer camps kids can be exposed to a host of amazing learning experiences, and ones they can be really proud of!

Those who created Rolling Robots believed that those who ask "how does that work" are some of the greatest minds, so here kids can actually find out HOW it works!

So why not get those inquisitive and creative kids down to Glendale, and see who comes out of the battle on top!

Prices vary on the workshop

Lots of restaurants nearby but not food sales on premises so just grab something before or after your visit!

Great things to do with kids near me in Glendale

From Downtown L.A.: Take I-110N to I-5N. Take the Colorado St. exit. Head east 1/2 mile and take a left on Central Ave. Park in the parking structure at the Americana at Brand. One hour free.

Rolling Robots has their own S.T.E.M. standards curriculum. Teachers please inquire at their store for educational resources, or for more info on their after school workshops.

Give them a call to ask about accessibility - they will be happy to help!

Other great things to do with kids near to
Rolling Robots