Family Days Out recently toured around New England, visiting some incredibly fascinating historic sites, but one of our favourites was the Montauk Point Lighthouse, right at the tip of Long Island in New York State.

Long Island has so many fascinating and historic lighthouses scattered across the peninsula, and one of the most iconic has to beMontauk Lighthouse Museum.

This beautiful lighthouse was commissioned by President George Washington in 1792, and completed in 1796, it's actually the oldest lighthouse in New York State!

You really will be surrounded by history! Now a National Historic Landmark, it's an amazing place to visit with the family, because not only can you learn about the history in the museum, but kids over 41" can climb to the top of the tower too!

The Montauk Lighthouse Museum is actually located in the 1860's Keeper's house so even as you explore the exhibits you will be part of history. Keep an eye out for the plaques above the doors which tell you what those rooms used to be.

Throughout the museum there are displays an assortment of many historical documents and photographs that really tell the story of the lighthouse. It also offers a fascinating display of the erosion Montauk Point is experiencing. Did you know that the coast has eroded 200 feet in the last 200 years? Just as well the lighthouse was built 300 feet from the edge in anticipation!

Some of the artifacts are amazing to see, such as the document signed by Secretary of State Thomas Jefferson, and the authorization to construct the lighthouse, signed by George Washington himself.

Also at the museum are exhibits exploring the history of Montauk and the native population who originally lived there, as well as 19th century artifacts from the whaling industry.

Don't forget to climb to the top of Montauk Point Lighthouse either! The views from the top are incredible, giving you 360 degree views of the Atlantic Ocean and New York State coast. Make sure you take your camera!

It's a bit of a climb, so go prepared!

Allow time at the end too for a stroll around the gift shop, there are some really great items to take home, from books, gifts, artwork and more. 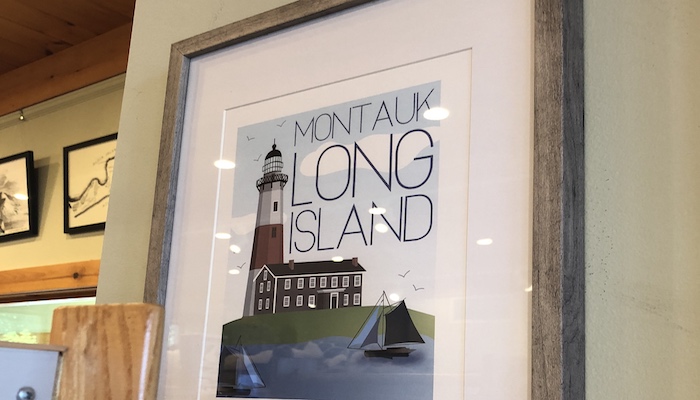 A fascinating, beautiful and historic family day out in Montauk. We can't wait to go back!

Admission (includes museum entry and climb to the top)

Parking: $8 in the Montauk Point State Park parking lot from 8am - 4pm (no fee after 4pm)

Open year round, weather permitting. Hours vary seasonally and they aren't necessarily open daily so check on their Official Website before you go