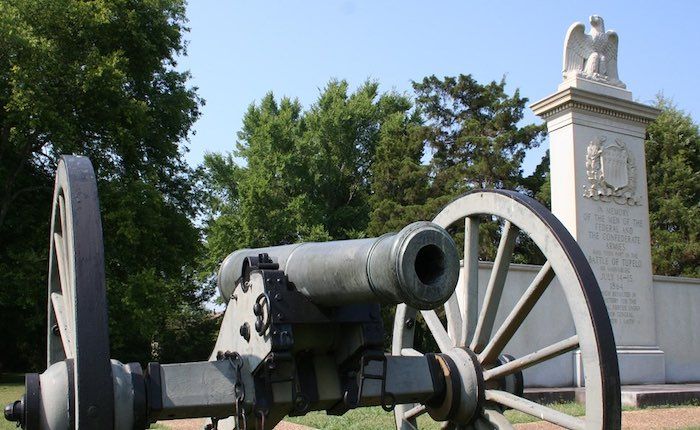 It was back in 1864 across two nights in July that over 20,000 Union and Confederate soldiers fought at what would become the Battle of Tupelo, and you can learn all about it at the Tupelo National Battlefield.

There is no visitor center on the actual site, so your first stop should be the Natchez Trace Parkway Visitor Center which is about 6 miles north, at Milepost 266. Here you can pick up a brochure on the site, as well as additional literature about the battle and the rangers can help with any questions!

For most who visit, as you make your way around the one-acre memorial site via your self-guided tour (allow about 30 to 50 minutes), it's hard to imagine all those American soldiers clashing in battle.

Today, the serenity of the monument is juxtaposed with small city bustle and you can really gain an understanding of the scope of the impact the battle had, that resulted in over 2,000 casualties. In fact, the modern streets of Tupelo serve as landmarks leading you to places where these thousands of men made the ultimate sacrifice.

You can learn all about how the disorganized Confederate soldiers fought fiercely yet could not overpower the federal troops.  Neither side claimed a clear victory, but it was the Union troops who had succeeded in their main goal which was keeping the Confederates away from Union railroads in Tennessee.

A fascinating, poignant and historic experience in Tupelo.

The entire family may enjoy visiting the Tupelo National Battlefield. Children can complete the Junior Ranger program for the Natchez Trace Parkway!

It's a good idea to take your own snacks and water to the battlefield, as the nearest place to buy anything is the Visitor Center a few miles away

Great things to do with kids near me in Tupelo

You can pick up souvenirs and maps at the Visitor Center

Tupelo National Battlefield provides activities that are accessible to people with varying abilities. A paved trail (sidewalk) around the monument site provides access to the monument, as well as interpretive signs.

The Visitor Center is open from 9:30am - 4:30pm. The grounds of the battlefield are open daylight hours.

The Visitor Center is open every day except Thanksgiving, Dec 25 and Jan 1 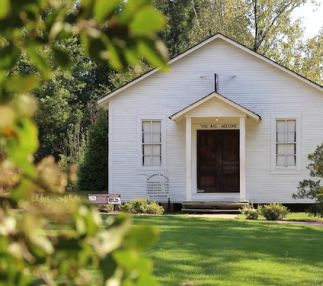 The Birthplace of Elvis Presley 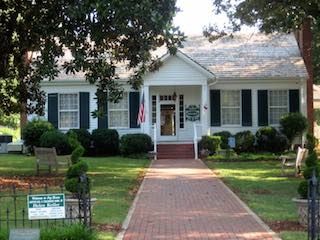 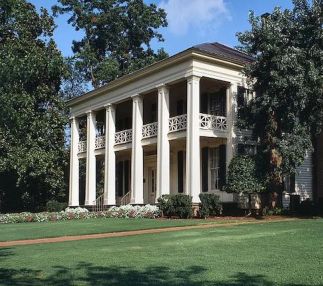